Surfers arrested in the Maldives for Protesting Bridge Development

In January 2016, construction on a bridge linking Male city (the capital of the Maldives) to Hulhule airport began. As the barges started trolling the skyline, rightful suspicion began to lurk in the waters and surfaced as the locals discovered the mission of these voyages. The 300 million dollar building project threatened to destroy the world class break of Raalhugandhu and the surfing community only learned of these battle plans by witnessing the slow, calculated, and ominous invasion. 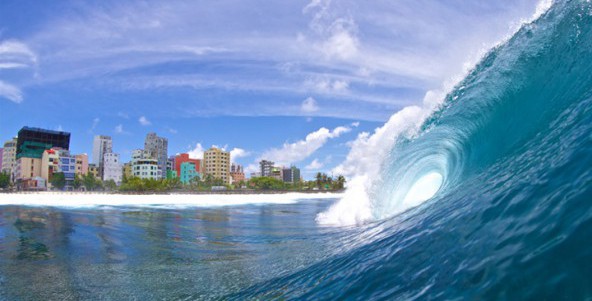 In February, 13 were arrested, including Ahmed Aznil, president of the MSA (Maldivian Surfing Association). Some were taken in as a result of a peaceful protest as wave warriors swam out to confront the attack by sitting in the path of the ships, and others were arrested on returning to shore after participating in the irresistible sweet wonder of the Male’ waves. But what is to be made of all of this? What is the story and what are the sides?

The intentions of the bridge building are certainly for the purpose of bettering the economic situation of Male’, capital city of the Maldives, by linking it to the Hulhule’ International Airport; however, the MSA does not purport to be against the building of the bridge, they only have the hope that it could be done thoughtfully, without destroying one of the national treasures of the Maldives.

The Ministry of Housing originally claimed that the building of the bridge would not negatively affect the waves, but as the MSA pressed them it appeared that they could not come up with sufficient scientific proof that this was true. The MSA stated that “the surfers in Malé are NOT TRYING TO STOP THE CONSTRUCTION OF THE BRIDGE.” It is not the goal to thwart the plans of the Ministry of Housing, but merely to assist them in carrying out their goal while protecting a national heritage. 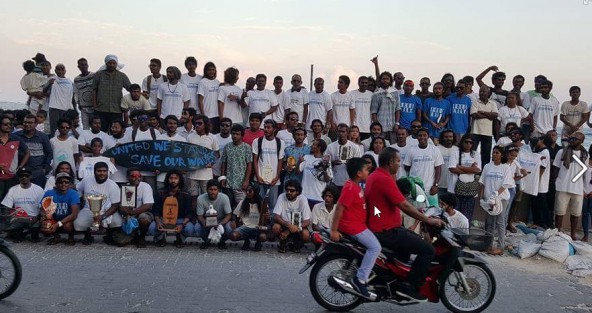 In March, Ahmed Aznil resigned from his presidency of the MSA. In his resignation letter he explained his reasons being for the “lack of love, respect and support, both within society and within higher levels, for this sport.” He stated that he had “proposed various surf development programs, national and international level contests and plans for sustainable surfing tourism in the Maldives,” but that his efforts had made little to no change. He also stated that he fears “the organization is no longer a united body of independent surfers and hence, no longer wish[es] to be a part of this internal and external political turmoil.” 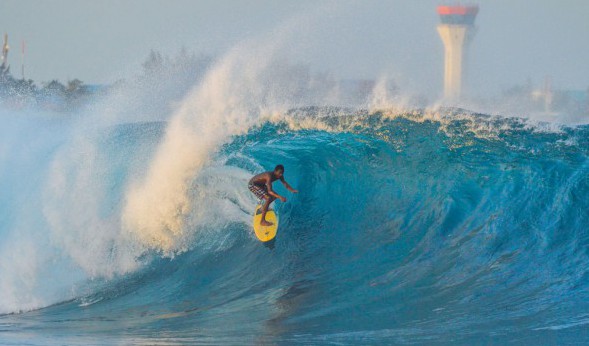 It appears that one of the things that Ahmed was fed up with, besides the government’s neglect of his efforts, was that the local surfers wanted to have their cake and eat it too (and who could blame them). As an effect of globalization and the spreading of the gospel of surfing, local spots have been invaded by tourists. But if those natural resources are to be maintained, often they can only be kept safe through the process of exploitation.

At the same time, what would be thought of the building of a pier that split through pipeline, a bridge that cut at the throat of Waimea Bay, or even a suburban community that would inhabit the vast trenches of the Grand Canyon? There are at least some natural wonders in this world that are sacred and one thing in this story is certain–the Maldivian government did not approach this one responsibly. In the process of community development, the first thing that should be addressed is the identity and the desires of the community.

If you want to give your support to the local surfers in the Maldives, like their page here.